Martin has over 25 years of combined International experience both as a Registered Physiotherapist, Fitness Coach,Yoga & Martial Arts Instructor. Martin began his athletic career at a very young age, he started swimming at 4 years old and competed up until his teenage years. When he was 8, his parents enrolled him in his biggest passion of both coaching and competing in martial arts. Martins versatile and overwhelming path in Martial Arts stems from being taught the art of Karate, Kickboxing, Free Style America Karate & Brazilian Jiujitsu which he is still very involved in both from a competing and coaching aspect.

Martin has 4 black belts in 4 different martial arts in addition to boxing and wrestling. He competed at the highest level, being part of the Venezuelan national team, getting to be world champion in submission wrestling two consecutive years in 2003 and 2004.

In 1997 Martin was involved in a life altering accident in which he fractured the 3rd cervical vertebrae and despite not having an encouraging prognosis, he managed to recover and become a better athlete by fighting back through months of rehab, learning how to work around his injuries diving deep into physiotherapy training and education and going against the doctor’s orders of “just staying away from exercise, & taking it easy”.

Martins belief is that “movement is health”, and if you are not moving regularly, not trying to exercise not trying to become better in strengthening yourself as you age you will find hardship and challenges. Graduating with honors in physical medicine, Martin has subsequent studies in biomechanics and sciences applied to sport. He specializes in sports and rehabilitation training by helping people suffering from special or particular conditions to achieve the maximum of their abilities. He currently trains youth, adults and athletes in MMA, Jiutisu and Wresting alongside coaching clients at PURE Motivation Fitness! 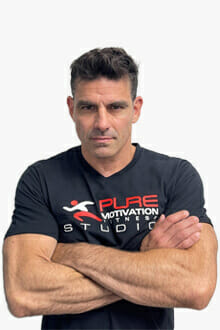 What do you say to the person who’s afraid to begin exercising?

It is never too late, having fun, and be kind to yourself, is a lifestyle not only a process. And yes, you’re going to get out of your comfort zone.

What do you do when you’re not whipping people into shape?

Anything with my kids

Lots of different people, everyone excels and something.

If you were a superhero who would it be & why?

Superman, he is the overall best superhero

Your secret to success? 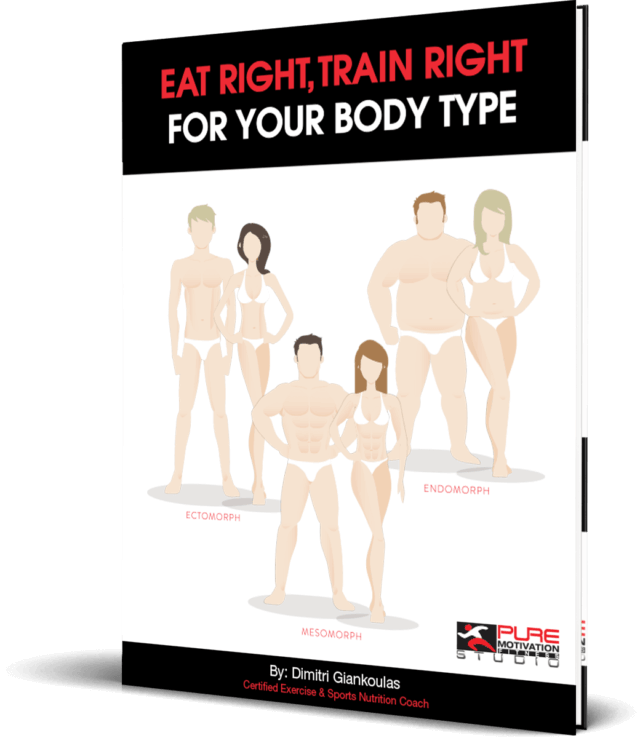 Download, FREE Body-Type E-Book!
Are you ready to be motivated? The Ultimate 10 DAY MEMBERSHIP TRIAL